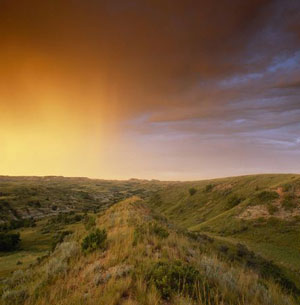 Kicking-off a two-day symposium on “Designing Wildlife Habitats” at Dumbarton Oaks, John Beardsley, Director of Garden and Landscape Studies and convenor of the symposium, said landscape architecture has always had an “art camp” and an “ecology camp.” There are a few like “Frederick Law Olmsted, and, now Michael van Valkenburgh, FASLA, and Kongjian Yu, International ASLA, who straddle the two camps.” However, the ecological principles many landscape architects are applying to their habitat restoration projects may now be “outdated, or even misconstrued.” Increasingly, designers need to be mindful of the “full range” of biodiversity. Landscape architects, Beardsley argued, have been successful with plant diversity, but less so to date with other kinds of biodiversity.

As Beardsley outlined in the symposium brief (see earlier post), the world is now undergoing a new wave of extinctions. To preserve species, landscape architects will need to work with biologists, ecologists, and other scientists to recreate wildlife habitat. This will involve complex issues like “sizing and spacing habitat patches and ecosystems,” productive habitat creation, and restoration ecology. There may also be trade-offs between preservation and restoration.

Beardsley argued that culture and nature “shouldn’t be separate.” “Wildness can’t be separated from management and stewardship of the environment, or we can’t create an ethical and sustainable relationship.” Furthermore, while designing wildlife habitats, the science can’t be so artful that it’s no longer functional. The model must be “complex, adaptable,” and science can provide a set of parameters.

Lastly, “we must ask why are we recreating habitat? Can these designs be agents of broader ecological change? Are we restoring for educational reasons, or to generate ecosystem services? Do we value diversity for its own sake?” There are a range of philosophical issues.

To root the conversation in cutting-edge science on biodiversity and ecosystems, and explore the concept of ecosystem services, Shahid Naeem, Professor of Ecology and Chair, Department of Ecology, Evolution, and Environmental Biology, Columbia University, provided an ecological framework. Naeem, author of a seminal book on ecosystem services,
said “nature is structured to govern the distribution of species.”

Biodiversity and ecosystem function (BEF) is a framework that enables us to understand how nature governs the multitude of species and their functions. Naeem said there are competing views on biodiversity function, including (1) every species is special, (2) nature is totally chaotic so we can’t tell, and (3) we can lose some species and still maintain appropriate levels of biodiversity. Naeem implied the idea of just discarding some species was a bit simplistic. He used an analogy: “Imagine knowing nothing about a car, and lifting up the hood and pulling out little pieces.” The car may still function for a period of time, but eventually the entire “car system” could break down. Ecosystems, in the same way, are complex machines with  inputs and wastes, processes and food chains that are difficult to understand.

Species loss affects ecosystem function. Naeem said recent analyses demonstrate that “preserving as much biodiversity as possible” is the best path. To prove this, ecologists must “bring reality into the system,” and apply real world variables into their models. This involves taking managed or restored ecosystems to a higher-level of biodiversity function.

Getting to a higher-level of biodiversity function means addressing “ecological poverty.” Naeem argued that just as there are very few very rich people and many poor people, in nature, there are very few rare species and many common, poor ones. “It’s a lognormal distribution, not a bell curve.” Relating rare species to rich people, Naeem asked: why should we care about those very rare species if the vast majority are plentiful? “This is where the question of biodiversity lies.”

Most ecosystem functions are invisible, so, it’s actually the poor, invisible, “common” species that “we need to focus most of our attention on preserving.” Poor species are the ones that get out-competed. They have attributes of common species but changing conditions lead to changes in the ecosystem that adversely impact them. Naeem called for a campaign to “champion the rare, special, and poor.”

Naeem argued that humans have managed landscapes for a long time.  Even the American grassland, an iconic landscape, has borne human “mixing,” because the original grassland ecology disappeared long ago. The American prarie is more of an “American religion” than a natural system. “Native Americans were managing it eons ago.” So, there is a case that nature can be “disassembled,” broken down into essential components. “We can remix them. Monocultures can be remixed as polycultures, creating new ecosystems that have never existed before.” However, some still say the “soul of nature” is torn down when you start from scratch.

Ecosystem services may provide a way forward for preserving nature’s valuable and often invisible (at least to our eyes) biodiversity and ecosystem functions. Nature is estimated to provide some $38 trillion in services to humans per year, but all of this is largely provided for free. Naeem asked: “What if fungi could send us a bill? What is microbes could unionize? They are working all the time.” To take ecosystem service from a conceptual framework into reality, a price on carbon is needed so the true value of trees, fungi, microbes, and other natural services can be incorporated into existing natural resource markets.

One thought on “Designing for the Full Range of Biodiversity”

The Entrance Garden, designed by Alex Hanazaki Paisagismo, in Sao Paulo, Brazil. 2017 ASLA Honor Award, General Design. #LandscapeArchitecture #ASLAawards . . . . . Project Statement: This garden is a contemporary space in sync with Brazilian tropical heritage. It harmonizes a floating garden amidst water, lush greenery with bold, clean constructed elements.
Cedar Creek, designed by Hocker Design Group, in Trinidad, TX. ASLA 2015 Honor Award, Residential Design. #LandscapeArchitecture #ASLAawards . . . . . Project Statement: Set in a wooded, 7 acre site above Cedar Creek Lake, this series of buildings are weaved discreetly below the tree line and take advantage of commanding views of the surrounding lake. The collaborative effort between design team and client transformed a long-held family property at into a legacy weekend destination where the harmony between built structure and site results in a completed project that feels as if it has been in situ for years. This master plan addressed the project from the street to the lake in helping to site the house, pavilion, tennis court, and large garage barn amongst a high canopy of existing loblolly pine trees and live oaks.
Thanks to @nicolarco, @urbanismnext, @kenallenray, @tooledesign, and @OPinDC for joining ASLA President Wendy Miller, FASLA on our panel tonight: "New Mobility and the Design of Our Cities" #UO_Nexus #TRBAM #micromobility #TransportationEquity
Walker Art Center Wurtele Upper Garden, designed by Inside | Outside + @hgaarchitects , in Minneapolis, MN. ASLA 2018 Honor Award, General Design. #LandscapeArchitecture #ASLAawards . . . . . Project Statement: The Walker Art Center is one of the nation's top contemporary art institutions. The new Wurtele Upper Garden is a part of a larger vision to re-orient the main entry of the museum, strengthen the relationship with the Minneapolis Sculpture Garden, and create a Walker Art Center campus. The vegetated volumes and the circuit path that connects them enhance the welcoming entry approach and provide dynamic experiences for engaging art. The re-imagined garden provides flexible, impromptu programming to accommodate large-scale public events. The garden reinforces the Walker Art Center's status as an artistic and social hub.
Kronish House, designed by Marmol Radziner, in Beverly Hills, CA. 2016 ASLA Honor Award, Residential Design. #LandscapeArchitecture #ASLAawards . . . . . Project Statement: Built in 1954 for a real estate developer and his family, the Kronish House is one of only three Neutra-designed homes ever built in the City of Beverly Hills, and the only one that survives intact. By 2011, the house and landscape had suffered from years of modifications and neglect. Our client purchased the property with the intention of restoring the home and gardens. Throughout the restoration, our team of architects and landscape architects referenced Julius Shulman’s historic photos of the house interiors, façade, and landscape to remove non-original components and restore spaces as Neutra had envisioned. An array of unique plantings transformed an abandoned and overgrown site into a lush oasis for urban wildlife and now showcases the diversity of plant life available to gardens in Southern California.
%d bloggers like this: