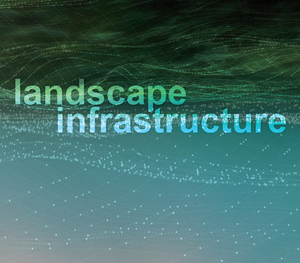 Harvard University Graduate School of Design’s landscape architecture department has organized a two-day symposium that seeks to change the lens through which we look at infrastructure and cities. Instead of viewing infrastructure as simply the domain of civil engineers and transportation planners and something that needs to be centrally planned and administered, the focus will shift to the role many design disciplines can play and the power of ecological systems to address the many challenges facing cities, including climate change, carbon and nitrogen pollution, and migrating populations.

The conference will seek to first unearth and make clear sense out of all those complex systems: “Often found underground, or beyond the periphery of cities, the presence of urban infrastructure remains largely invisible until the precise moment at which it fails or breaks down.”

The organizers argue that all of this collapsing infrastructure means things may not have been well thought-out to begin with: “Recent events – from the sudden collapse of highway bridges, the rise and fall of water levels, the growing hazards of coastal storms and coastal eutrophication, the accumulating effects of carbon emissions, the surge in foreign oil prices and spike in food prices, the drop in credit markets, to the increase in population mobility and dispersal – are instigating a critical review of the basic foundation upon which urban economies depend on.”

The symposium will challenge the “technocratic role of engineers, transportation planners and policy makers who have profoundly shaped the urban environment that we move through and live in today.” The idea is to explore the work of “contemporary urbanists – ecologists, geographers, historians, designers, conservationists and social groups – who are rethinking the predominance of centralized infrastructures.”

So, where will the panelist go in their theoretical explorations? They’ll explore “landscape infrastructure,” examining the “landscape of technological hardware and biophysical software” that can be used to create more flexible and resilient cities.

The conference, which is organized by Pierre Belanger, ASLA, Associate Professor of Landscape Architecture, is free and open to the public on March 23-24 at Harvard’s Piper Auditorium.

One thought on “Landscape: The New Infrastructure”